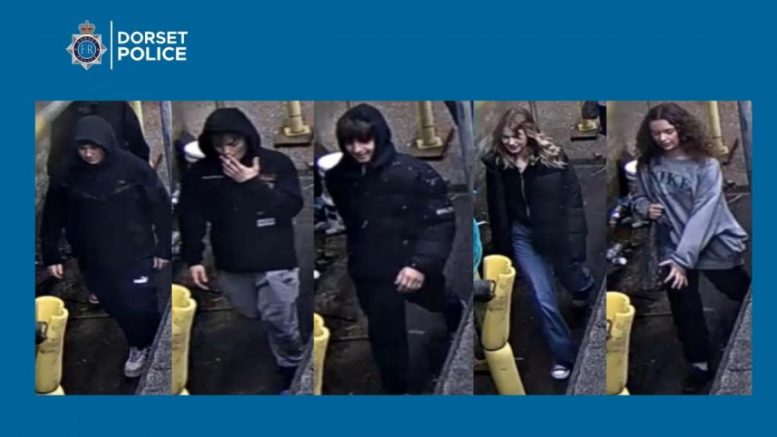 AROUND £70,000 worth of damage was caused to a department store in Bournemouth town centre.

A water tap was turned on at Bobby’s in the Square causing flooding and “extensive” damage to stock and the building.

CCTV images have only just been released by police of people they would like to speak with in connection to the incident which happened between 4.30pm and 4.40pm on Sunday, May 1.

Police said entry was forced to the building.

Police Constable Christopher Lee, of Bournemouth Neighbourhood Policing Team, said: “This incident has had a significant impact on the local business and I am carrying out enquiries to identify who was responsible.

“As part of my investigation I am issuing CCTV images of five people I would like to identify as they may have information to help my enquiries.”

Anyone with information can contact Dorset Police at www.dorset.police.uk/contact, via email 101@dorset.pnn.police.uk or by calling 101, quoting occurrence number 55220070236.

Alternatively, independent charity Crimestoppers can be contacted anonymously online at Crimestoppers-uk.org or by calling Freephone 0800 555 111.