TOWN centre shoppers bid a final farewell to Bournemouth’s Wilko as it closed its doors for good on Saturday.

The closure of the popular discount store came as a shock to the town earlier this year as the chain struggled to come to ‘more agreeable’ lease terms with the landlord of the Richmond Gardens Shopping Centre.

Customers expressed their disappointment at the closing of the store which some said was “the only reason” they came to this part of the town.

“Shocked” and “disappointed” by Wilkos closing, town centre resident Karen Roberts, 56, was visiting the store for the final time on Saturday, February 12. 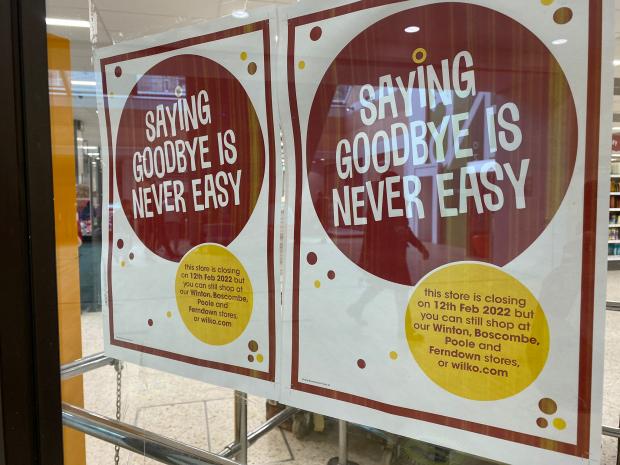 She said: “I’m shocked really and disappointed because I come here quite a lot for lots of products really – all sorts from hair dye to bleach.

“I feel like the whole town centre’s shutting down around me – I’ll have to move out.

“I’m surprised there isn’t more coming in to provide for the residents.”

Chris Smith, 56, described the closure as a ‘real shame’ for Bournemouth, saying the town was now a ‘pretty vile place’.

He added: “I think it’s a real shame and Bournemouth is just going into total decline with all the various stores closing.

READ MORE: Wilko set to close its doors for good this weekend

Empty shelves in Wilko on closing down day

“I think it’s very sad and the whole town is getting very run down now.

“Every time the shops are closing you walk around the place and think ‘is this really somewhere I’d want to come on holiday?’ No.

“It used to be lovely but this is just another final nail in the coffin.”

Having a final look around the store Dharambir Sabharwar, 63, from Westbourne said: “It’s really bad, I think the town centre is gone now.

“Beales is gone, Debenhams has gone – all the shops have gone so there’s no point coming to Bournemouth any more.”

A spokesperson for Wilko said: “We’re bidding a fond farewell to our Dalkeith Arcade store.

“We’d like to take this opportunity to thank our team members past and present and to reassure customers that we’ll continue to offer everything they need from nearby stores in Winton and Boscombe or via wilko.com.”