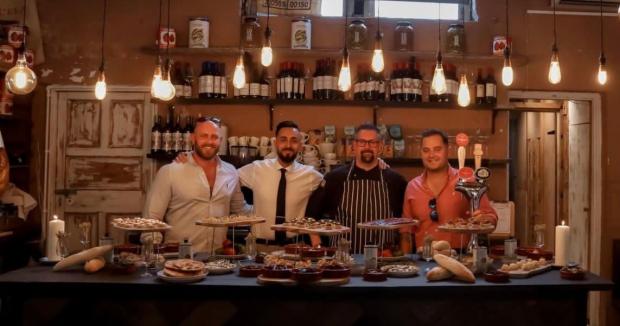 TAPAS, cocktails and extended opening hours – the new managers of a Bodega have revealed the changes they’ve made since taking over.

Bodega in Christchurch was taken over by Jason Giddings and Dave Burns on July 1, and the pair have spent the last month putting their own spin on the popular wine bar.

Spanish tapas, patisseries, draft beers, cocktails, and a new wine list are among the additions to the Wick Lane venue.

“It’s all done in house and sourced locally. For example, the veg is from Sopley Farm and the meat comes from Neil’s Butchers in Tuckton.”

Changes have also been made to the opening hours of Bodega, seeing it welcome customers from 12pm seven days a week.

Jason said: “We’re open for tea, coffee, and patisseries during the day to run alongside the tapas.

“There’s a courtyard out the back where customers can sit out and enjoy the sun.”

For the last six years, Bodega had been run by Megan Fowler-Spink and her husband James, and during that time the business was featured in the Observer Food Monthly awards, and as one of Olive magazines best wine bars.

Ahead of its sale, Megan told the Daily Echo: “To hand it over to anyone is massive, but I think we needed to simplify our lives a little bit, so I can be a mother and we can focus on the other venues.

To mark the management change, a launch night was held by Jason and Dave at the beginning of July.

Jason said: “We had a great launch night, and we’ve had great feedback on the food. I hope the success continues.

“We thank everyone for the support in the last couple of weeks.”

The pair also shared future plans for wine tasting classes, but details have not yet been confirmed.

Bodega is located at 12 Wick Lane in the town centre.

WITH temperatures set to soar again this month, a Slug and Lettuce ice cream van is coming to Bournemouth with free ice cream for one day in August. …

A POPULAR street food festival welcoming a host of flavours from Malaysia to Morocco is heading to Poole for the first time. …

TAPAS, cocktails and extended opening hours -the new managers of a Bodega have revealed the changes they’ve made since taking over. …

AROUND £70,000 worth of damage was caused to a department store in Bournemouth town centre. …

Michael Ball and Alfie Boe’s picnic show in New Milton has been cancelled, after one half of the singing duo tested positive for covid. …