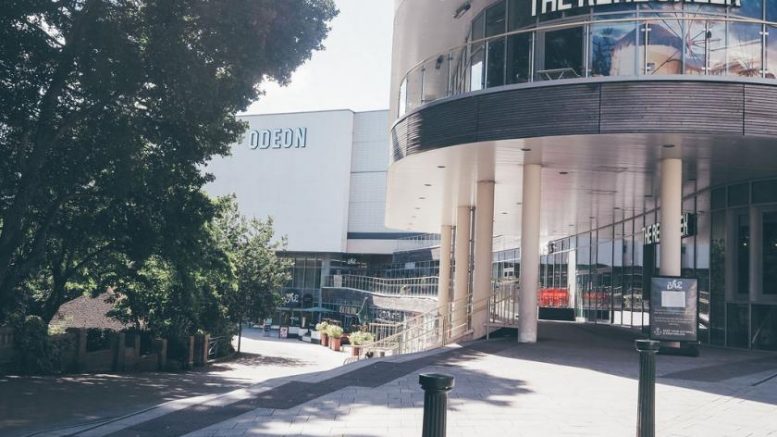 All but two venues will open at BH2 in Bournemouth today after a fire set off the sprinklers at the centre on Sunday.

Most of the leisure centre, which includes the Odeon cinema, restaurants and takeaways, remained closed for much of yesterday following a fire at Nandos.

Some places managed to open on Sunday evening, with centre management confirming everything but Nandos and TGI Friday would be open in Monday.

*Centre Update*
We’re pleased to announce that Bh2 Leisure will be reopening on Monday 17th October.
Majority of the brands will be open as normal. The brands that will remain closed until further notice are @TGIFridaysUK & @NandosUK

We apologise for the inconvenience caused pic.twitter.com/LJb9lsnzAP

A spokesperson for Dorset and Wiltshire Fire and Rescue Service said: “Firefighters from Springbourne, Westbourne, Redhill Park and Christchurch were called to a commercial premises at Exeter Crescent, Bournemouth at 7.30am on Sunday.

“Crews were called to reports of a fire in the premises and on arrival found a small fire in an electrical cupboard. This was extinguished by firefighters wearing breathing apparatus and using one hose reel. The stop message was received at 9.04am.”

Read more: What’s open and still closed in BH2 as update is released after Nando’s fire

It is understood the fire set off the sprinklers at the centre, causing some damage.

A spokesperson for BH2 said they were awaiting an assessment before they could reopen.