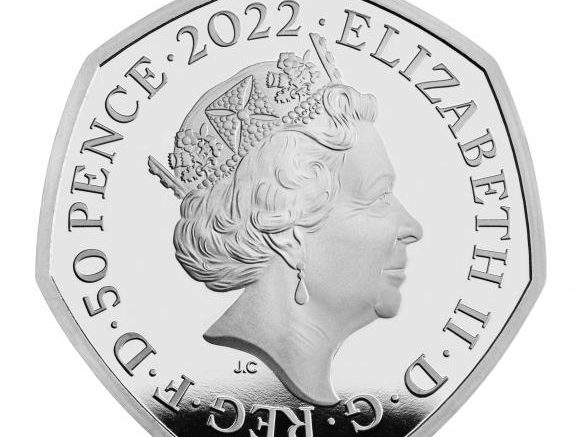 The Royal Mint has unveiled a new 50p coin, created to celebrate the BBC’s centenary, which will feature an image of the late Queen Elizabeth II.

This is because the coins were produced before the Queen passed away in September, so will not feature an effigy of King Charles on one side.

They were not changed to King Charles as a measure to “minimise waste or unnecessary environmental impact”, and as a result the Royal Mint suspect the coin will be in “high demand” among collectors.

In terms of the design of the coin itself it will show a broadcasting mast emerging from the earth, and is inscribed with “inform, educate, entertain” – the values set out by Lord Reith when he founded the organisation in 1922.

BBC director-general Tim Davie said the broadcaster was “honoured” by the commemorative coin.

Rebecca Morgan, the Royal Mint’s director of collector services, said: “Coins are miniature pieces of art which tell the stories of our nation.

“We are delighted to be working with Britain’s leading national broadcaster to create a special 50p in recognition of their 100 years.

“An ever-present British institution for most people’s lives, the BBC has had a marked influence on our culture and broadcast some of the most extraordinary moments in British history.

“With the obverse side of the coin featuring the effigy of Her late Majesty Queen Elizabeth, we do anticipate a high demand for these coins from collectors.”

The 50p coin will be able to be purchased from the Royal Mint website for £11.