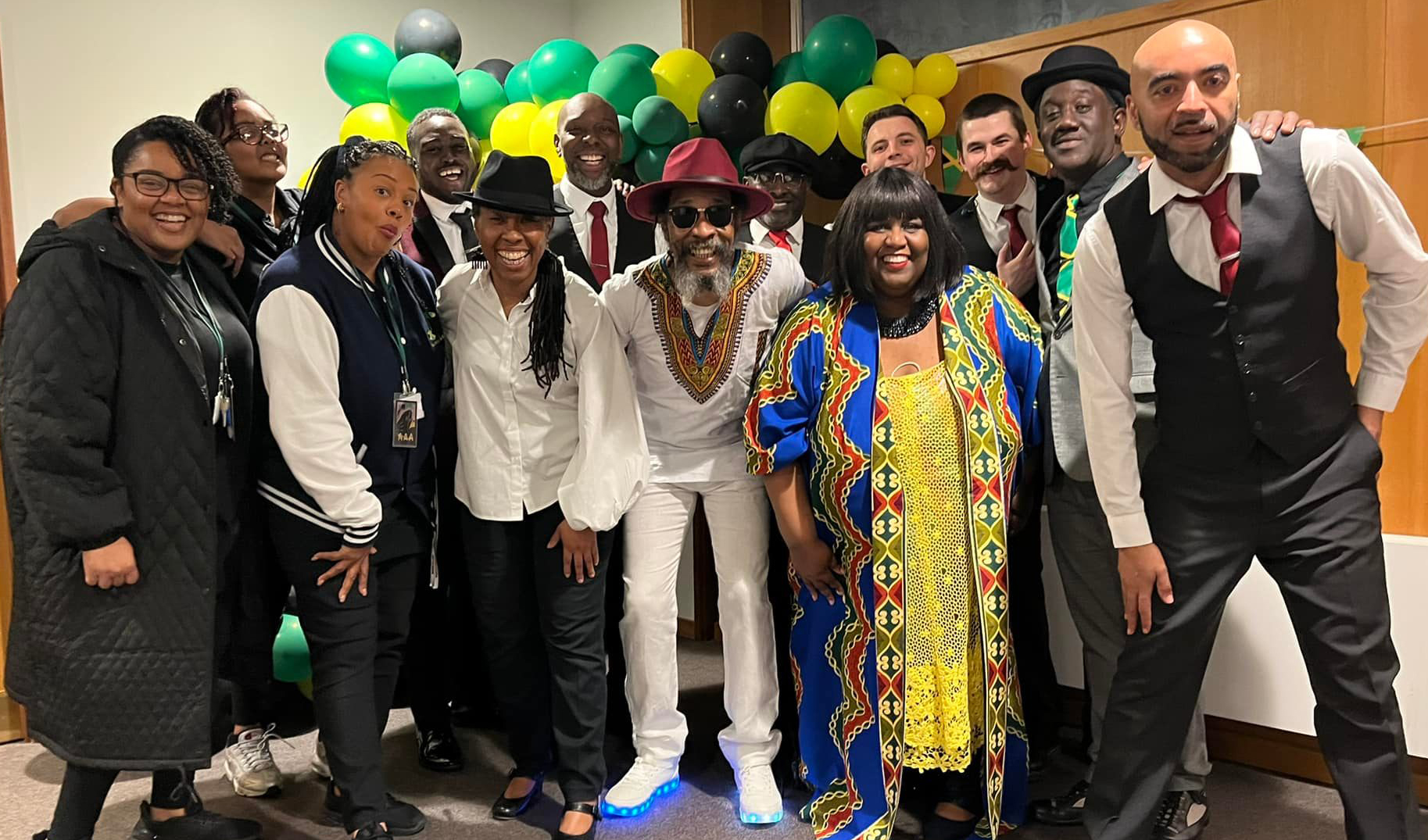 Live reggae remains a relatively scarce proposition in Dorset, despite a couple of festivals, so it was great to snap up this chance to hear some great tunes, albeit with a difference.

That difference was that this was big band reggae, a nine piece ensemble recreating glorious summer sounds – imagine the Jools Holland Orchestra crossed with the Wailers. Thus, the sound was enlarged, the bass a bit hidden, but it sounded super.

And any show which begins with Harry J Allstars’ The Liquidator gets a tick in my book.

Rush: A Joyous Jamaican Journey is the brainchild of Birmingham stand-up comic John Simmit. He narrates the history of Jamaica, interspersed with live music, films and dreadlocked DJ Ken McLean spinning some classics on his sound system.

In a sense, the early days of this Caribbean island of just 146 by 50 miles were retold fairly rapidly – Christopher Columbus discovered Jamaica in 1498 (who knew it was lost?), the plight of the native Arawaks, British rule for 300 years from 1655, slavery, and various uprisings.

Then came the Second World War in which Britain stood alone (aided by gallant West Indian airmen – the pilots of the Caribbean), the arrival of the Empire Windrush in the post-war years, carrying Jamaicans invited to work in Britain – and, finally, the island’s independence in 1962.

Although initially beset by technical problems, Simmit – formerly Dipsy in the Teletubbies, a reliable source informs me – is a good, honest, amusing and world-weary narrator who engages his small but enthusiastic audience.

Jamaica’s history soon morphed into the history of West Indians in Britain – the 1958 race riots, a Pathe News film of markets in Brixton and Enoch Powell’s infamous ‘rivers of blood’ speech in 1968 – and by then we had only reached the halfway point.

We had heard the likes of and Young Gifted and Black, Cherry Oh Baby, Hot Hot Hot and The Israelites performed by the mixed-race JA Reggae Band, fronted by two excellent singers – the Ruby Turneresque Janice and besuited Daniel (first names only in seems).

Punching above it weight musically, Jamaica has given the world many of its greatest songs, and the second half continued the homage to Caribbean stars – Bob Marley, U Roy, Desmond Dekker, Gregory Isaacs, Delroy Wilson, John Holt Dennis Brown, Lord Kitchener, Toots Hibberd, Shabba Ranks and Shaggy.

It wasn’t all joy – Simmit reminded his audience that being a black person in Britain has been difficult – the plight of the Windrush generation, the targeting of black youth by the authorities, overt institutional racism, the riots of 1981 and the fact we were watching the show on the very day 29 years ago that Stephen Lawrence was murdered in Eltham, London. Sobering thoughts.

But you couldn’t stop the joyousness of the occasion from rising to the surface – the dancehall reggae days, genuine ska (and remodelled 1980s British ska – you pronounce them differently it seems), a beautiful lovers rock medley, a tribute to the toasters, gospel sounds and even a rendition of Let’s Get It On, as if Marvin Gaye had been Jamaican.

It’s a long show, it’s energetic, the band is fab, the music is fantastic and it was, indeed, a joyous journey. It’s back in the area in October and part of a seemingly never-ending tour. 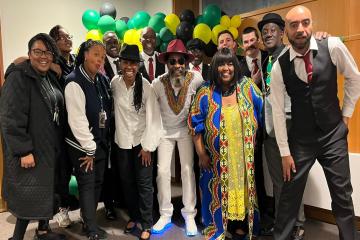 CHRISTMAS is set to become even more merry and bright at Kingston Lacy this year. …

THE last-standing bank branch in Swanage has closed its doors after 126 years of service. …

THE owner of a popular Italian restaurant in Christchurch has revealed he hopes to open by the end of the month. …

A FORMER Hampshire B&B is set to be transformed into holiday accommodation – not a mental health facility. …