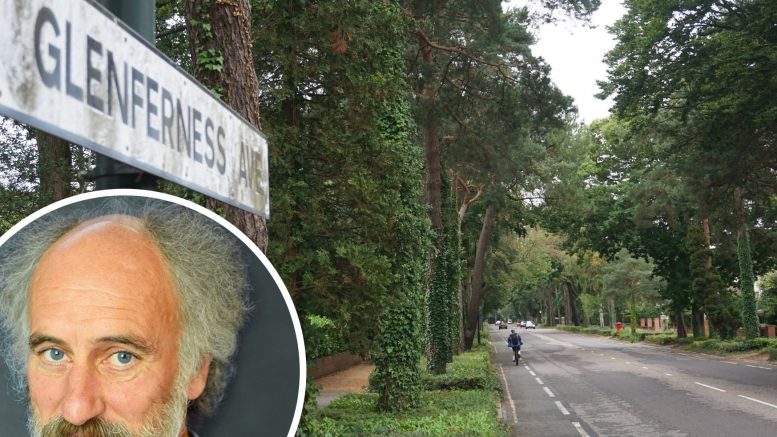 PLANS to install hundreds of new posts separating a busy cycle lane from traffic along an idyllic Bournemouth road has caused an outcry among residents.

From Monday September 7, those travelling along Glenferness Avenue by bike will benefit from a protected cycle lane with the inclusion of 400 red and white plastic bollards down both sides of the road.

As part of the local cycle network connecting the Talbot University Campus with the town centre, the improved routes will give students travelling to and from the universities safer space to travel by bike and on foot.

“It’s possible they could start at the traffic lights, but that would make no sense as there are no cycle lanes on the southern end of Glenferness Avenue.

“Mind you, none of this makes any sense, so anything is possible.”

Having emailed 74 councillors about the issue, he has received 17 replies supporting his views.

The bollards will be laid out at six metre intervals, with additional gaps between the cylinders at all driveways and bus stops along the route.

Councillor Andy Hadley, portfolio holder responsible for transport at BCP Council, said: “I am pleased we are able to put in place these temporary measures at Glenferness Avenue, which aim to support more people travelling sustainably.

“By protecting the existing cycle lanes on Glenferness Avenue, which are regularly compromised by parked vehicles, travel by bicycle will become easier and safer.

“As children go back to school, students return to university, and more people head back into the workplace we are expecting to see a significant increase in the number of people travelling on our roads.

“As a key route we know this area will return to being busier and we are absolutely committed in supporting people in making more sustainable travel choices.”

In addition to the protected cycle lane on Glenferness Avenue, temporary measures are also being put in place to discourage through traffic on Leven Avenue.

Designated as an advisory cycle route, the temporary measures will stop the route from being used as a cut through by motorists, providing safer space for those travelling by bike and on foot.