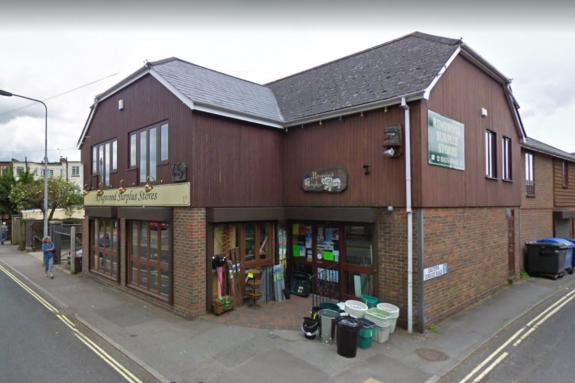 A MUCH-loved discount home goods store is to close its doors after more than half a century of trading.

The family-run Ringwood Surplus Store will cease trading on Christmas Eve (December 24) after 55 years of business in Meeting House Lane, with its owner citing the dominance of the online market as the primary reason for closure.

“Ringwood won’t be the same without it”, said one resident reacting to the closure of Ringwood Surplus Store – which is also known as Johnny Junks in honour of its founder.

The hardware shop was opened in 1967 by John Chambers and his wife Sue. The business was eventually taken over by their daughter Nicki, who told the Echo she was proud to have continued the family business for so many years.

She said: “My parents would have been so chuffed that what they started all those years ago has been so appreciated.

“What we’ve done is give good service, that’s why people come to us. It was about helping people and that’s what retail should be about.

“Online has killed us, since 2018 we’ve been down 30 per cent – and that’s a big difference when you’re in discount as there’s a tight profit anyway.

“But luckily, there’s lots of work about and our staff have all got new work sorted, so as long as they’re okay that’s all that matters. They’ve been with me a long time.”

The Chambers family also founded the Verwood Surplus Store in Ringwood Road, which will remain open.

In an online post, the Verwood store said: “To avoid the confusion that we have been experiencing in recent times, we are a separate business from Ringwood. Verwood Surplus Stores is going strong and will remain open as usual, seven days a week to continue to serve our community as we do.”

Nicki’s brother Carl Chambers, meanwhile, is the owner of the In-Excess retail and garden centre business operating throughout the south.

“We were all brought up to give good service and that’s why we’ve stayed in retail,” Nicki said.

The Ringwood Surplus Store building is owned by Nicki and is now available for rent. Nicki will now spend more time expanding her plant nursery business.

She concluded: “We’ve loved being there to help the people of Ringwood and it’s been nice to see people walk away and thank us for helping them. My mum and dad would have been thrilled.